This year, the prize is awarded to Professor C G Nicholas Mascie-Taylor, Emeritus Professor of Human Population Biology and Health & Director of Research (Department of Archaeology and Anthropology, Department of Public Health), University of Cambridge, UK. The title of his talk is:

From genes to latrines: A biosocial journey

Abstract: My PhD research was in Population Genetics and I used both humans and fruit flies to see how migration can modify the genetic structure of populations. Post PhD I made extensive use of the 1958 and 1970 British National Cohorts to examine the extent of assortative mating, regional variation in height, epidemiology of asthma, the biology of social class and ethnic differences in IQ. Since 1985 I started working on the inter-relationships of poverty, nutrition, growth and disease in developing countries. Initially in Africa, especially the Sudan, and since 1988 in Bangladesh. A number of projects have been funded by WHO and The World Bank e.g. use and interpretation of anthropometry, setting up a global database on adult BMI, new BMI cut-offs for obesity in Asians, intestinal parasite control in Bangladesh and development of MPhil and PhD nutrition programmes in Iran. Extensive long-term UKAid projects in Bangladesh and Nepal have been on defining poverty and the impact of income generating activities on moving extreme poor households out of poverty and improving their health and well-being.

The lecture is open to the public and will be followed by a drinks reception, which is funded by the Society for the Study of Human Biology. 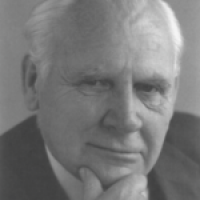 Geoffrey Harrison is one of the most important figures in 20th century Human Biology. He was a key member of the pioneering group of scientists who developed the new Human Biology from the old Physical Anthropology along with Joe Weiner, Derek Roberts, Jim Tanner, Arthur Mourant, Nigel Barnicot and Kenneth Oakley. The expertise and diversity of this group of visionary scientists allowed them to shape the development of human biology over the next 50 years as a discipline in which biology, behaviour and social context worked together to define the human species. Geoffrey Harrison was for many years Professor and Head of the Department of Biological Anthropology at the University of Oxford.